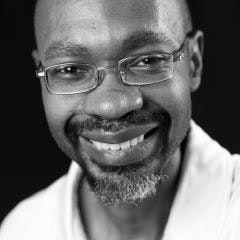 Eric Christopher Jackson is a Photographic Artist and Creative Writer in Northern Florida. After graduating from The Art Institute of California – Orange County in 2011, he detoured from the Commercial Field to pursue a Career in the Art Industry. Inspired by Fine Art, Interior Design, and Cinematography, Eric began to build a Portfolio of Contemporary Fine Art Photography. Subjects captured vary including Nature, Still Life, and Automobiles.

In 2016, Eric’s Photograph entitled, “Rest,” was entered into The Artbox.Projects Competition. Curators selected the piece as one of the three Finalists, which earned an exhibition space at Spectrum: Miami 2016. Attendees were given an opportunity to Vote for their favorite Finalist Artwork. Highly contested, his Artwork was chosen as the Winner, which led to the inclusion of Eric’s Work in International Group Exhibitions in 2017.